Who does not know about everyone’s all time favorite actor Bhavya Gandhi who portrays the character of Tapu in the sub tv famous comedy show TAARAK MEHTA KA OOLTAH CHASHMAH. Bhavya Gandhi is an Indian actor and comedian. He is best known for his role of Tipendra Jethalal Gada. Later on he left that role and actor Raj Anadkat replaced him. Here  are some interesting facts about Bhavya Gandhi aka Tapu that you might not know.

Read full Biography of Tapu Aka Bhavya Gandhi On Bollywoodbiofacts

Bhavya was born on june 20, 1997 at Mumbai, Maharashtra. His nationality is Indian and his hometown is Gujrat. His mother’s name is Yashoda Gandhi and she is a housewife. He believes in Jainism and his zodiac sign is Gemini. His school is not known but he did his graduation from University of Mumbai, Mumbai in Bachelor of commerce. His Age in 2020 is 23 years.

His career in a glance

Gandhi made his debut with a bollywood film named Striker in 2010. Then he joined the sb tv’s show TARAK MEHTA KA OOLTAH CHASHMA in 2008 and continued it till 2017. He did some other serials too like in 2010 he showed himself in the show COMEDY KA DAILY DOSE and in 2019, SHADI KE SIYAPE.

Apart from his first film, he also did four gujrati and one hindi movie which are –

His Gujrati debut film was Papa tamne nahi samjaay in which he worked with Manoj Joshi, Ketki Dave and Johnny Lever. It was released on August 25, 2017.

He is an achiever

Some controversies about Bhavya

The Indian Express states that Bhavya Gandhi quits Tarak mehta ka ooltah chashma because he said that “My character was being ignored”. He also says that, ” I know right now I can explore myself as an actor. This is the age to grow, so I thought I should move beyond this character. I will now be seen on the big screen and I am hopeful I will be received with love in films the way I was on the small screen”.

In an interview to Indian express he revealed that he conveyed his displeasure to the makers a lot many times about the way his character was being sidelined, but he failed to get any positive response.

Some of his lesser known facts 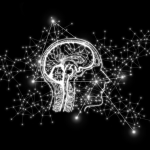